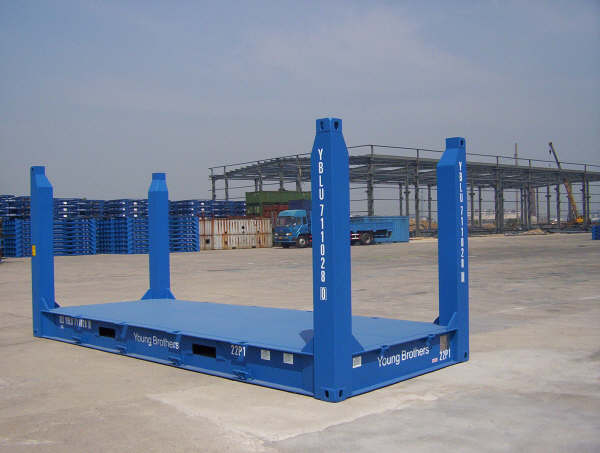 Flatracks are mainly used to transport heavy-lifts and over height or over width cargoes.

Flatracks consist of a floor structure with a high loading capacity composed of a steel frame and a softwood floor and two end walls, which may either be fixed or collapsible. The end walls are stable enough to allow cargo securing means to be attached and several flatracks to be stacked on top of one another. Flatracks are available in 20' and 40' sizes.

Some types of 20' flatracks have forklift pockets.

40' flatracks have gooseneck tunnels at each end. In addition, they are sometimes equipped with lashing winches with 2 metric ton lashing belts.

For transport of certain cargoes, flatracks may be provided with stanchions.